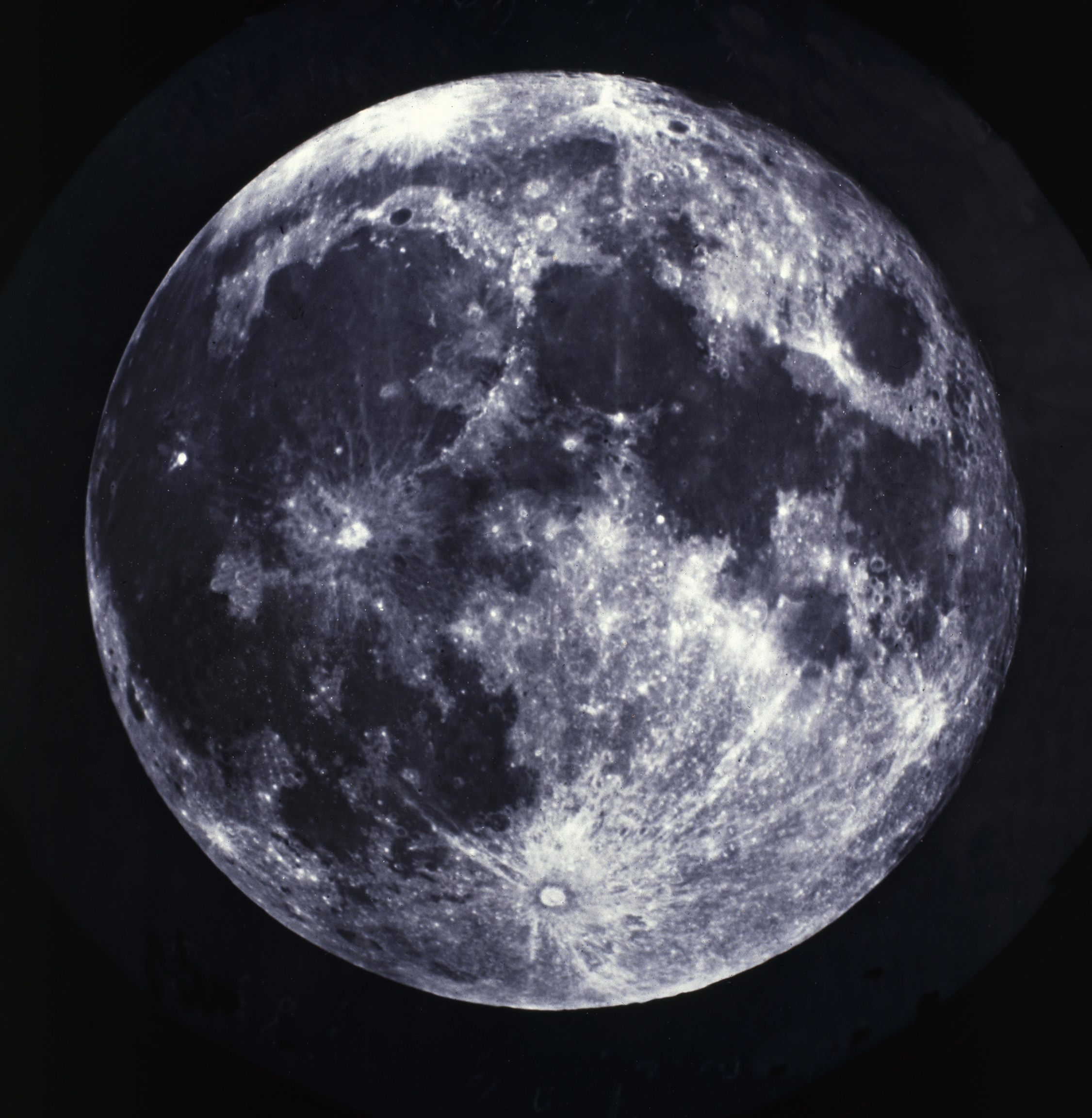 One of two circular glass slides showing different photographic views of the full moon taken between 1858 and 1862. Produced by Warren De La Rue, a pioneer of astrophotography, they were used with a stereoscope to produce a three-dimensional panorama of our nearest neighbour in space. De La Rue took these images using the 13-inch reflecting telescope at his observatory at Cranford, Middlesex. This was a difficult task, as the wet collodion plates that were then available were de la Rue to make insensitive to light compared to modern films. This required exposures of several minutes through his telescope using a clock-driven equatorial mounting. England, 1860s © The Royal Photographic Society Collection at the V&A

Printed on an A2 canvas with a custom message.
can be used on any product & image combination across the site. 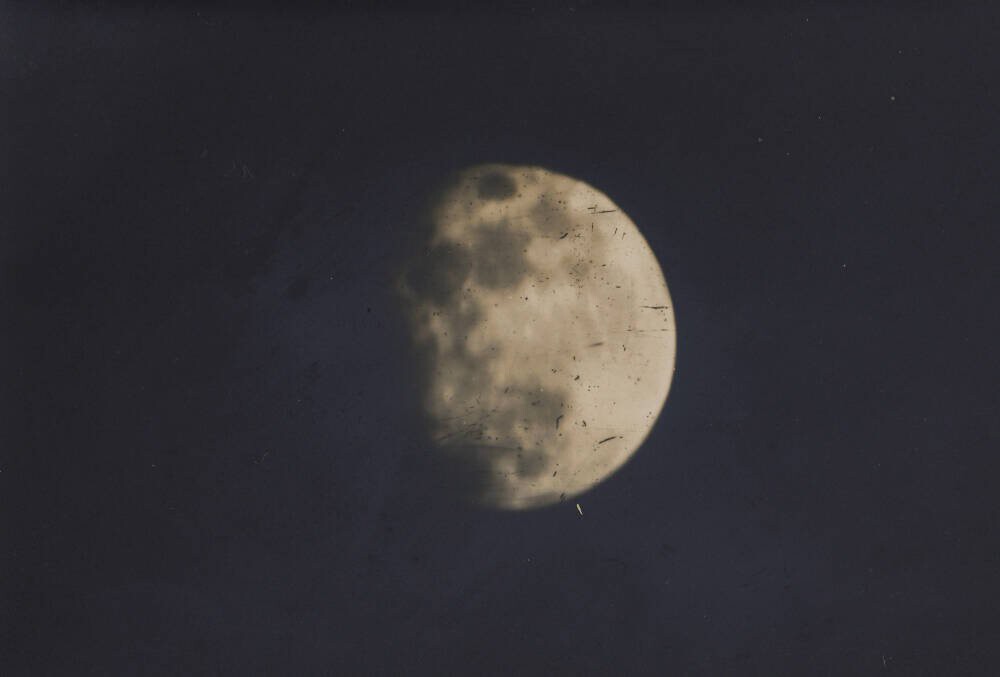 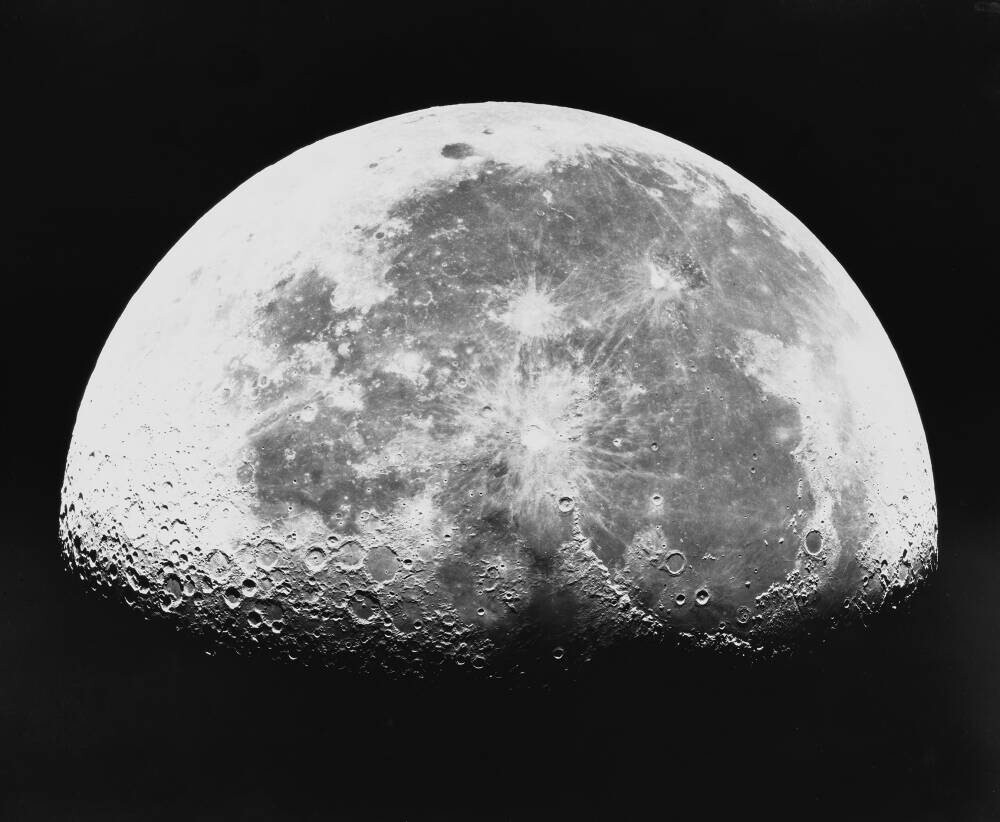 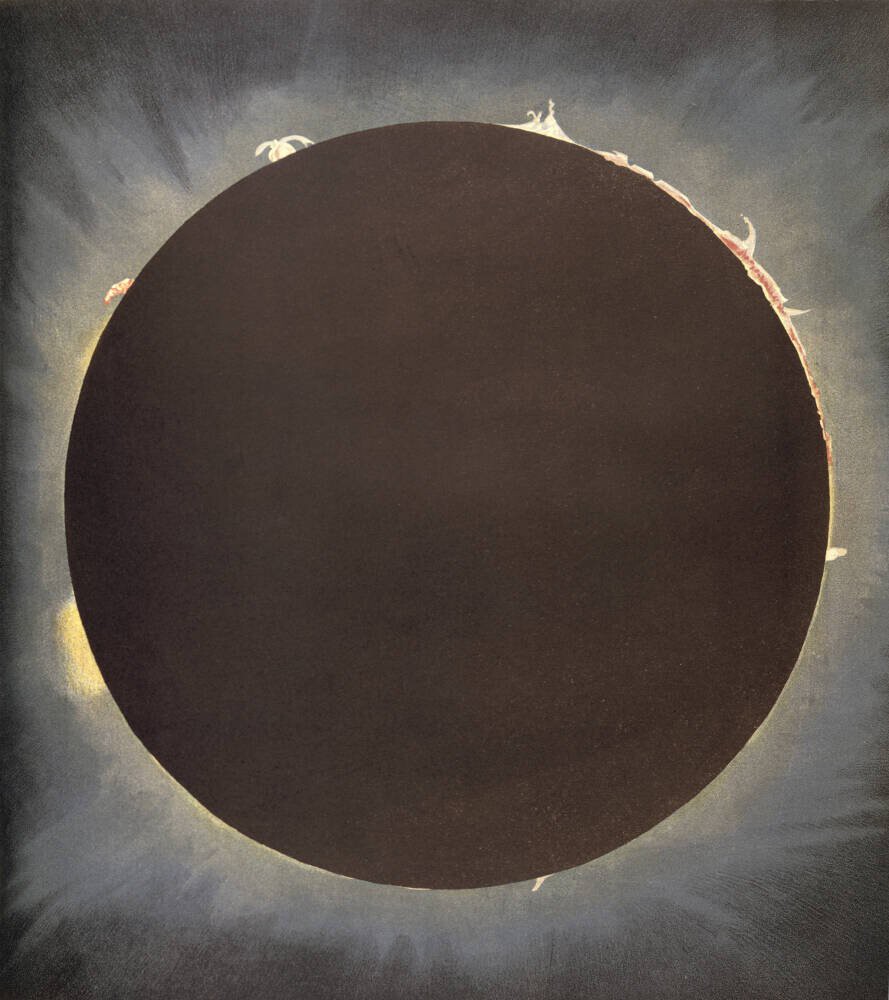 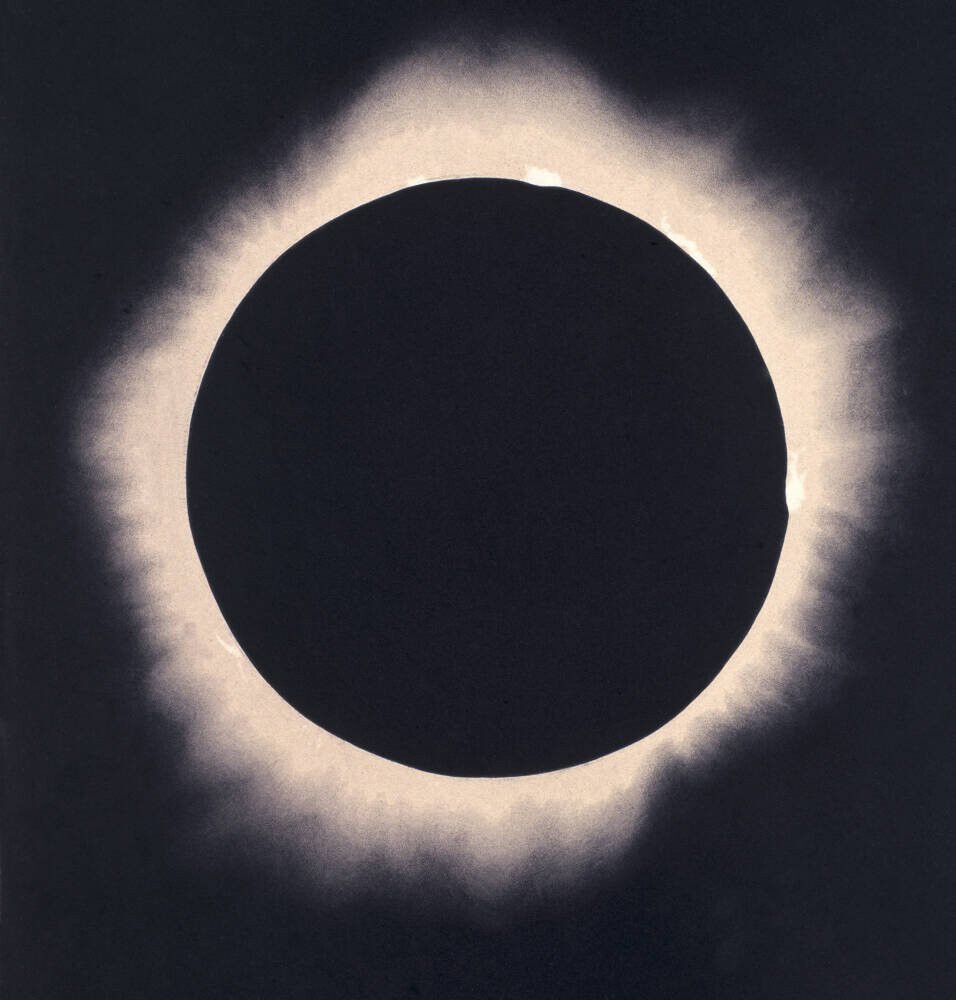